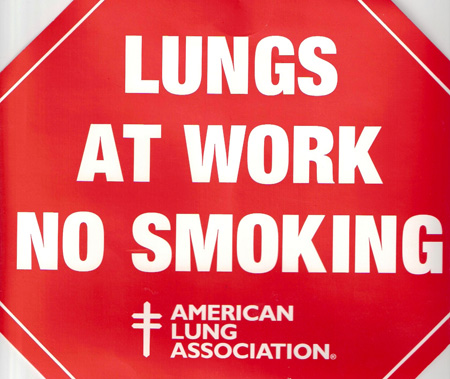 What are the affects of second-hand and third-hand smoke on your Dog?

First, what is the difference between first-hand, second-hand and third-hand smoke?

First-hand Smoke: In general, smoking is defined as inhaling, exhaling, burning, or carrying any lighted or heated cigar, cigarette, pipe, vape, hookah, or any other lighted or heated tobacco or plant product intended for inhalation, including marijuana or tobacco, whether natural or synthetic, in any manner or in any form. First-hand smoke is the smoke inhaled by the smoker.

Third-hand Smoke: Is the residual of tobacco smoke contamination that settles into the environment and stays there even after a cigarette has been extinguished. The chemical particles resulting from the burning of tobacco, including tar and nicotine or marijuana including THC, linger on clothes, hair, upholstery, drapes etc., long after the smoke has cleared from the air. These are carcinogenic particles. As these third-hand particles age over time, they become progressively more toxic. The chemicals undergo an aging process, which changes their chemical structure. Nicotine reacts with indoor air pollutants like nitrous acid to form carcinogens, or compounds that may cause cancer. The gas is then continuously re-emitted back into the air in a process called “off-gassing.” Efforts to diffuse the smoke, like opening windows, filtering the air or using a fan, don’t prevent third-hand smoke from forming or keep it from being inhaled, and the residue may give off harmful chemicals for years or even decades. Third-hand smoke is not a one-time thing, it’s actually a phenomenon that accumulates over time with increased exposure. Normal cleaning methods also aren’t effective against the pollutants. Most of the time, replacing carpets or repainting walls are the only options.

I met Laci a few years back when I first moved into my new condominium. Laci was a beautiful, white, fluffy, very loving Shih Tsu. She was a very loyal companion to an elderly woman. Though this woman had a family, no one ever visited her, it was always just her and her dog. Because Laci was exposed every day to this elderly woman’s second-hand and third-hand smoke, Laci contracted lung cancer. Laci battled the cancer but she didn’t have a chance because during her courageous, painful fight to survive, the elderly woman continued to smoke. Laci eventually succumbed to cancer and died. Laci’s life was such a sad story. She was tortured every day of her life having to constantly breathe in toxic cigarette smoke and even during her painful last days she never got a moment of healthy, clean, fresh air. I know somewhere in heaven right now, little Laci is finally breathing fresh air and running around – happy.

Unfortunately after Laci’s death, the elderly woman’ s family bought her two new puppies.  The cycle continues, now the new dogs are having to live a life being forced to breathe this woman’s toxic cigarette smoke.  What will happen to these innocent little dogs?  Will they ultimately live the same fate?  To me, it’s simple, this IS abuse.  It’s murder really, and everyday this happens to dogs, cats, and human children.  I live next to this woman, and it scares me to death too, for my own personal health and my dogs health.  The smoke circulates through her unit, travels through the cracks and ventilation systems, migrates under the doors and windows, directly into my unit.  Why is this legal?  This isn’t just annoying, disgusting, stinky odor . . . it’s DEADLY carcinogens entering my healthy non-smoking lungs and my dogs lungs!

When I first moved into my condo, you could actually see clouds of smoke floating around my unit like a nightclub.  I have since, replaced all of the windows, sealed all the doors and windows, filled the gaps in the floors and walls and closed off all of the common vents.  I spent a small fortune for my beautiful Florida ocean view and I cannot even go out on my balcony to enjoy it because, the smoker’s are out on their balconies, chain smoking!  It’s ironic really, because my condominium association has condominium documents that list tons of rules and regulations, to protect the unit owner from loud noise and barbeque grills, but not from deadly second-hand smoke.

Studies have shown that adults, children and yes, DOGS are not only affected by, but are dying from second-hand and third-hand smoke.

Smokers, if you love your dog, make that your motivation to stop smoking now!